Is it Monday again already? Ew. This past weekend sure flew by quickly! The bright side (there’s always a bright side) is that tomorrow is Halloween, of course- which means we all still have a couple of days left to squeeze in some last minute scares and sweets before we hang up our costumes and usher in November and the impending Holiday Season. I’m a bit overwhelmed just thinking about it already!

Before that, though- I wanted to share some of my favorite products/items/miscellaneous odds and ends that helped to make October the fabulous fright-fest that it was. Most of the things that made the list are silly finds I picked up along the way these past few weeks, while others are some my favorite kinds of entertainment- but all of it holds a special place in my heart when I look back on October of 2017.

Up first are the things I was able to photograph in one place! 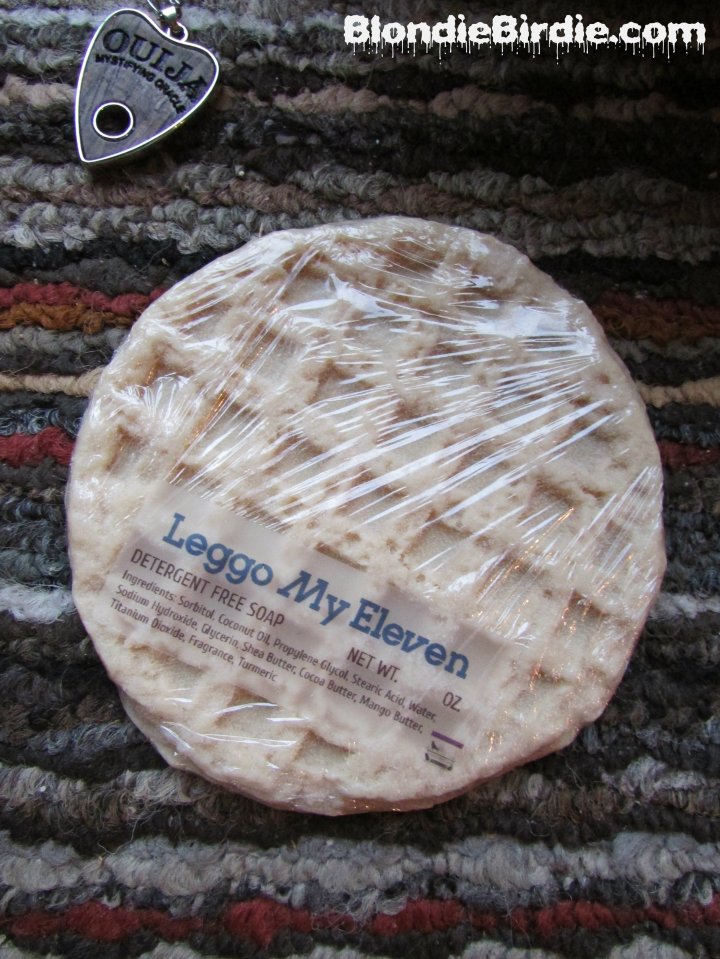 A couple of weeks ago, while at the Rock and Shock Horror Convention in my hometown- I picked up one of these ‘Stranger Things’-inspired natural soaps from the booth that had been set up for Fiona’s Fright Soap. This bar in particular smells like a pretty amazing combination of pancakes and maple syrup- and with the second season of ‘Stranger Things’ premiering on Netflix a few days ago (spoiler alert: it’s awesome so far)– it felt like an appropriate time to start using it.

The soap not only makes me smell like a delicious breakfast- but it makes my skin feel really soft and smooth, too. I know this was a limited edition product but I’m hoping Fiona’s eventually makes it a regular item so I can order more of them! 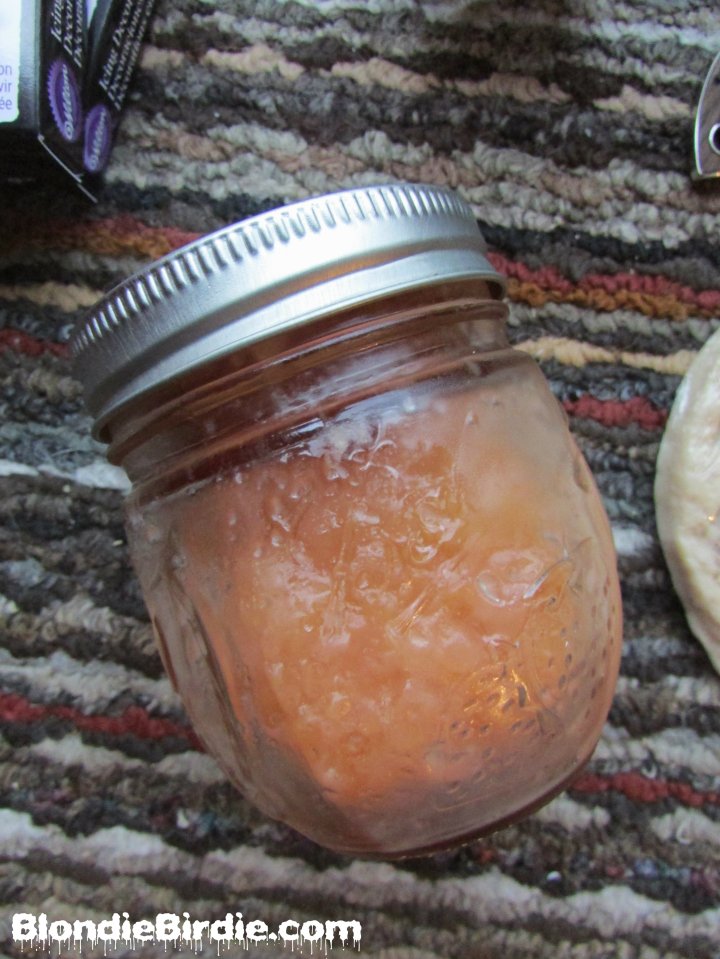 One of my girlfriends, Stef, recently got into canning goods/food with her fiancé- and she’s been kind enough to give me enough food to get me through the zombie apocalypse every time we hang out. Her most recent concoction- and probably my favorite- is this vanilla & whiskey infused apple sauce. She makes it from scratch, air-seals it so it doesn’t go bad- and passes it around like Halloween candy- and it’s AMAZING. It tastes like apple pie filling with a little bit of a boozy kick.

I’ve been hounding Stef for the recipe so I can put it up here for everyone to enjoy. That’s a foodie post I’m really, really going to like putting together! 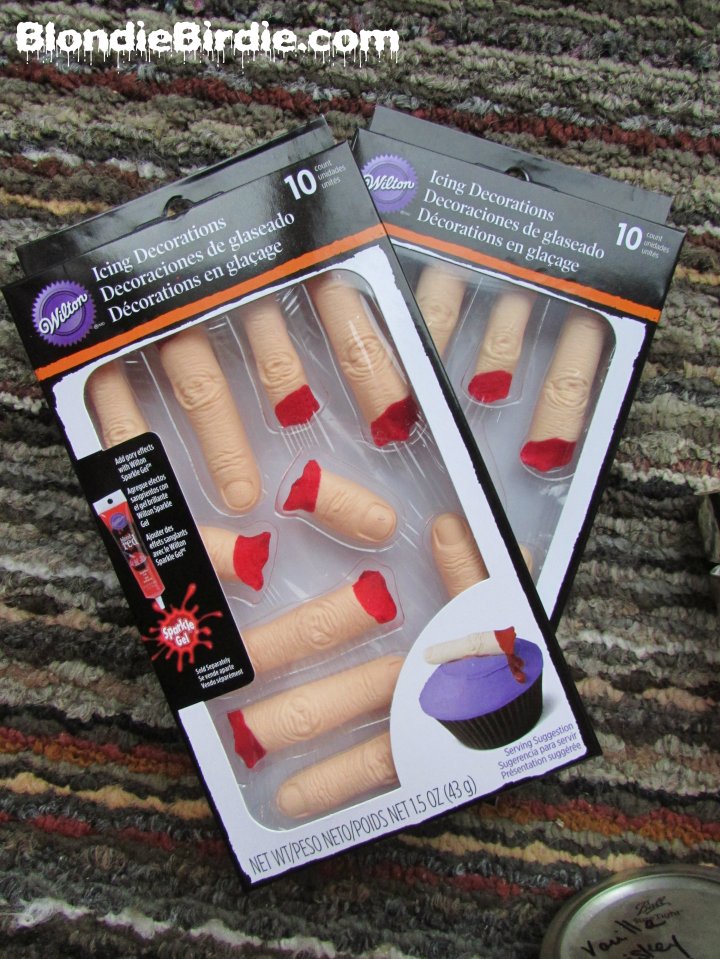 Speaking of food and sweets- one of my favorite things about Halloween is cooking/baking some seriously macabre snacks for my friends and co-workers. I’ve been loving these edible cupcake/cake toppers from Wilton. They make everything so much more funny- and I REALLY love seeing people’s reactions when they realize that they’re edible and bite into them for the first time. It’s priceless.

I’ll be turning to them when I start baking for next Halloween, too! (Side Note: I love the little edible hatchets you can buy as cupcake toppers. A little bit of red icing and you’ve got a sweet, delicious murder-themed dessert!) 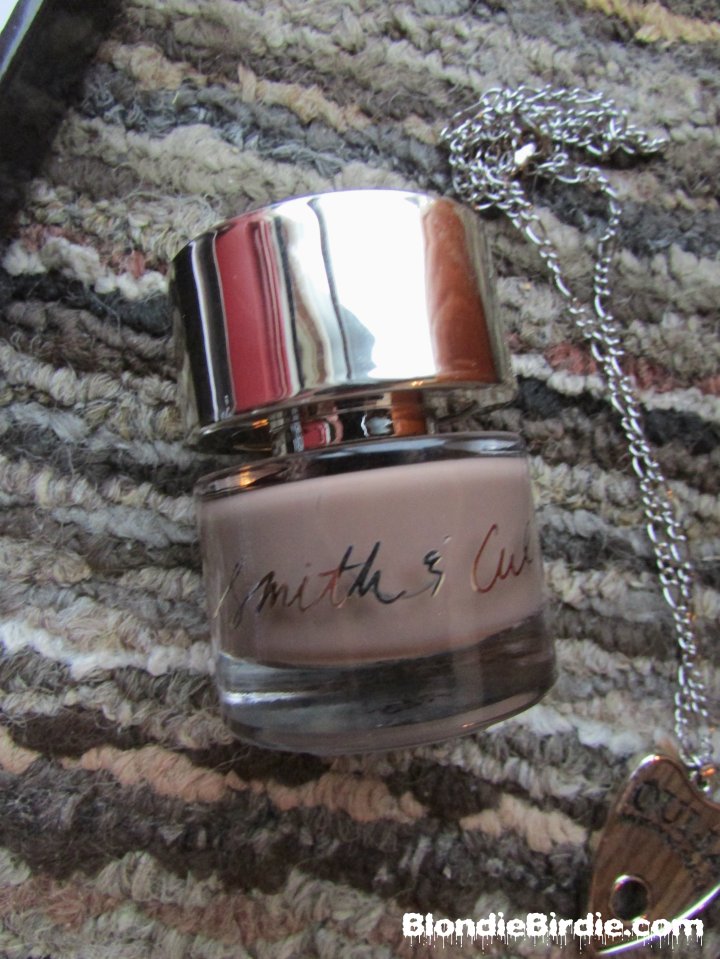 With all of my Halloween stuff going on this past month, it was easy to neglect my nails sometimes. Thankfully, Saks Fifth Avenue had my back- and were nice enough to ship this milk chocolate-inspired shade of nail lacquer from Smith and Cult to me. The color (called “Tenderoni”)– which has quickly become my signature hue on my nails, eyes and lips- is going to be perfect for the remainder of the Fall through the Winter.

It’s smooth, long-lasting, and I’ll be posting a swatch of it soon on Instagram! 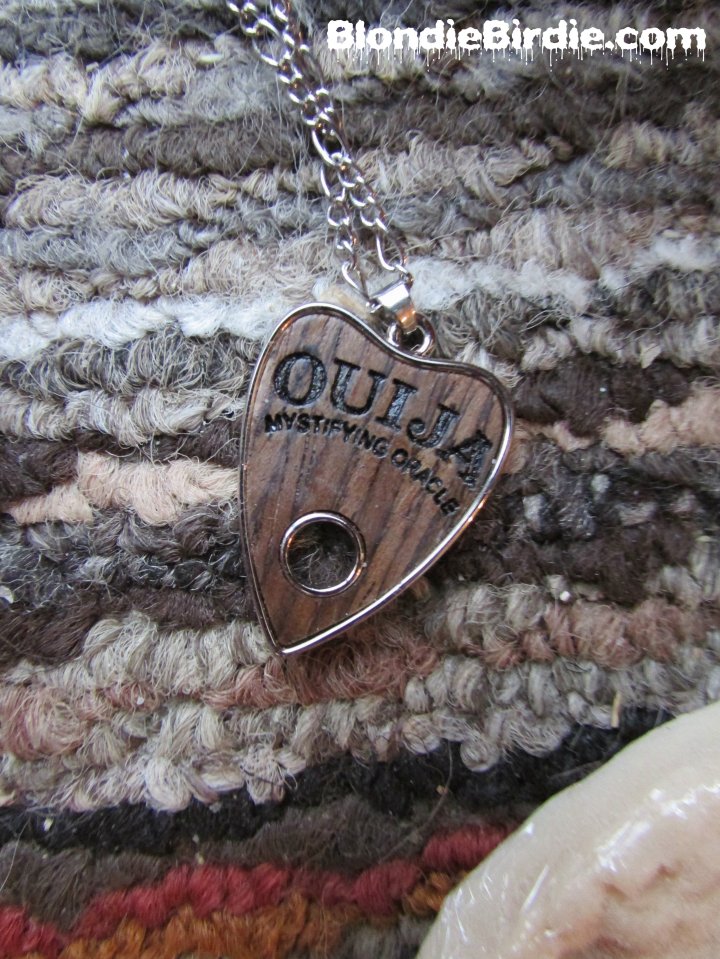 Finally, this was another find at the Rock and Shock Convention that I’m completely in love with! I’ve been wearing this Ouija pendant necklace non-stop since I got it- since it’s not only seasonally appropriate- but it looks pretty damned cool, too. I’ve gotten a lot of compliments from people who have leaned in close enough to get a good look at it- and I’m thinking I may keep on wearing it even after Halloween is over!

And that is everything I was able to photograph for my October favorites.

Of course, some other things made the list, too!

“The Walking Dead” – OOOOOH, IT’S BACK, BABY- AND IT FEELS SO GOOD. Although we’re only a couple of episodes into the eighth season of my number one obsession- the pace of the show has been incredible. Rick Grimes is straight up murdering people. Daryl looks like he actually showered for once. Carol remains my flawless Queen- and Ezekiel still won’t break character. It’s everything I hoped for and more and I’m praying this season makes up for all the heartbreak viewers experienced around this time last year!

“Broad City” – On the opposite end of the spectrum, one of my favorite comedies is back and I couldn’t be happier. One of the things I love most (and there’s a lot I love about it) about “Broad City” is that it focuses on common issues for women everywhere- but it does it in a funny, and often touching or poignant way. The most recent episode, where Ilana admits she’s having trouble finding sexual gratification since Election Night while Abbi comes to terms with aging after finding her first grey hair- was some of the best writing I’ve ever seen on the show. I want to be BFFs with those girls.

“South Park: The Fractured, But Whole” – I’m a longtime ‘South Park’ fan (it’s social commentary is spot. on.) and the last game that came out, “The Stick of Truth” is one of my favorites. While “Stick of Truth” was like a ‘Lord of The Rings’ parody- “The Fractured, But Whole” is geared towards making fun of the successful string of superhero movies that have come out in recent years. Featuring more predominant characters in the latest seasons- my friends and I have been pretty much dying laughing while we take turns playing this at get-togethers. It’s a riot- and really, really fun!

And I think that’s everything for the month of October. Most of it was Halloween and Horror-related, sure- but it’s the one time of year where it’s universally appropriate! I’m sure I’ll come back around to less gory and scary things come November.

Try to enjoy your Monday, everyone! I’ll be back tomorrow to talk about October 2017 overall before we pass out some candy and kiss this month goodbye!