Well, well, well- look where we are again!

Good Morning, everyone! I had originally planned this post for Thursday- thinking I’d need a couple of days to process the finale to the most recent season of “The Walking Dead”, but considering how much I loved Sunday night’s episode and this season overall- I sat down to start writing and the words just flowed and flowed! Before I knew it, I had a full recap ready to go.

I’ve always been vocal about my grievances with past seasons of what is undoubtedly one of my favorite, “never miss an episode” shows since the TWD’s writing seemed to get lazier as the years wore on. Stories became repetitive, sluggish, and drawn out. The moments that were surprising and meant to catch people off guard felt like cheap ploys for ratings and “shock value” reactions on social media. More and more characters were brought in and then nothing of interest or value was ever done with them until they sort of faded into the background and out of people’s collective memory.

A lot of this downfall I blamed on Scott M. Gimple- the showrunner through seasons 4-8 (which were hands down the weakest)– and I didn’t have the highest hopes for season nine since he was still at the helm and rumors were flying very early on that many of the series’ main cast were in the process of parting ways due to personal reasons, salary disputes, etc.

… But then Angela Kang took over, and although she was essentially left with a years’ worth of messes to sort through and clean up- she rose to the challenge, took what could have been a total disaster- and gave us a string of some of the greatest episodes of ‘The Walking Dead’ since seasons 2 and 3. For the first time in a long time- it felt like someone actually cared about the show, the characters, and the fans who had been watching this entire time.

And yes, while a huge chunk of the main cast jumped ship by the time Season 9 premiered last October- Kang had been careful and creative- and had made it work where the show still functioned just as strongly, maybe even better- without key players to the series’ core.

I’m going to go more in depth after the cut- but this is the part where I warn people that AHEAD BE SPOILERS. If you haven’t caught up, are still binge-watching, or otherwise don’t want to know what happens- DO NOT PROCEED.

Otherwise, let a moment where Negan was actually sweet and heroic WELCOME YOU IN…

END_OF_DOCUMENT_TOKEN_TO_BE_REPLACED 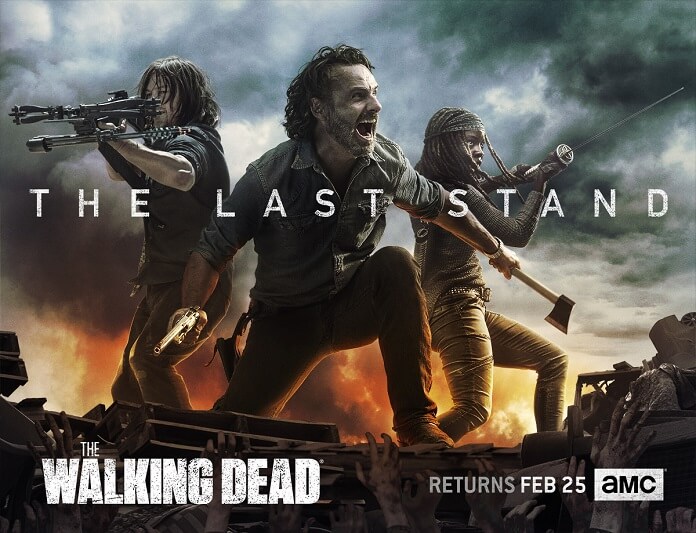 For anyone who knows me fairly well, or at the least followed me over here from ‘Legally Redhead’– you’ll know I’m a HUGE fan of ‘The Walking Dead’. While I’ve admittedly fallen a bit behind on the comics as of late (I blame work!)– I’ve never missed an episode of the AMC series since it premiered on Halloween night back in 2010.

Every Sunday night the show is on is like a mini-party at my place- complete with themed-snacks (Michonne-ion rings? Fried CARL-mari? Oh yeah. I’ve made ’em all), Walker-inspired decor, and official merchandise like t-shirts and pajama pants. I’ve speculated, debated, and predicated plot-points and characters’ motives at work, family functions, parties, online- and pretty much any place/outlet where the show is discussed. I’ve cosplayed as Daryl and Negan, I’ve hung out with some of the cast (who are all lovely)– and I’ve made friends and met kindred spirits with other fans from around the globe.

To say this show/franchise changed my life would be an understatement.

Every year, around this time- I always review the season that just wrapped up and make predictions for the season to come in the Fall. In this case, Season 8- which ended on a more sinister note this past Sunday night and included the show’s highly anticipated 100th episode- was a doozy of a nail-biter from start to finish. There’s a lot of unanswered questions- and although I’ve taken issues with the show’s writing/creative direction in recent seasons- I was pretty satisfied with Season 8 overall- save for a couple of major things here and there.

But I know there’s quite a few people who haven’t had the chance to catch up yet- and I don’t want to spoil anything for them- so I’m placing my review/guesses for the 9th season behind a “READ MORE/KEEP READING” cut to prevent ruining any twists/turns/shocking moments for those who still need some time to work their way to the Season 8 finale.

Again, last warning- unless you want to read spoilers for Season 8- DO NOT CLICK THE “READ MORE/KEEP READING” cut.