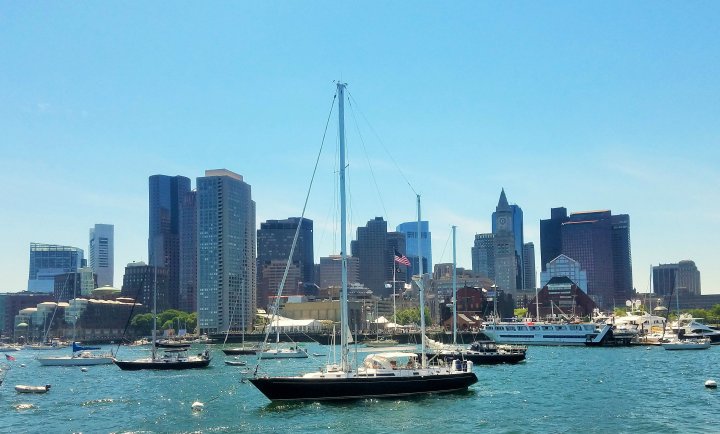 One of my favorite things about living in New England is that for as long as I’ve been here and with all the exploring I’ve done over the years- I still find new places I’ve never visited before that delight, dazzle, and surprise me! That’s why when a friend recommends going someplace unfamiliar or even a bit unconventional- I rarely protest. You just never know what you’re going to see and find!

Case in point? This past weekend when my BFF Sean- who is just as much of an adventurer as I am- suggested we spend an afternoon catching a boat to Georges Island (about 45 minutes off of Boston Harbor.) Now, I love the sea- and I love sailing- but most of my boat experiences have been limited to areas around Cape Cod and in some instances, right off the coast in New Hampshire. I’d never actually visited Georges Island before- and it’s one of the few Boston Harbor islands that Sean hadn’t visited, either. Of course I said yes!

Georges Island is home to the remnants of Fort Warren. When construction of the fort completed in 1860, it served as a prison for captured Confederate soldiers/sailors and as government offices- and continued to be utilized as a control center until 1947. It now stands empty and foreboding on the island- but can be explored by visitors during the day. Although a lot of it has since crumbled or has been overtaken by nature again- I had an absolute blast photographing some of it’s flooded corridors and tunnels!

Below are some of my favorite snapshots from the Fort! Click on an image to make it bigger! 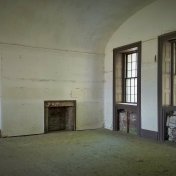 The fort is allegedly haunted by a widow who went to the island to rescue her imprisoned husband- only to die by hanging once she’d arrived there and was subsequently captured- but Sean and I didn’t see her around. Believe me- we looked.

After the island closed for visitors for the day and we’d returned and docked back in Boston Harbor- Sean and I headed over to The Barking Crab to soak up a little more sun in their outdoor seating area and indulge in margaritas, crab cakes, baked haddock- and some good ol’ Boston Cream Pie while the sun began to set. The place is a little pricey- but oh so worth it if you love seafood as much as I do!

It was a beautiful afternoon- and worth the little bit of red I got on my shoulders later on that evening (it’s since gone away!) Someone please remind me to reapply SPF *before* I start drinking margaritas and get forgetful.

And now, I’ve got to get to work and make enough money to eat at The Barking Crab again!

Just kidding- but I do have to get to work so that I’m not completely swamped by noon.

Enjoy your Wednesday, everyone! See you all on Friday!